For the love of 2 wheels 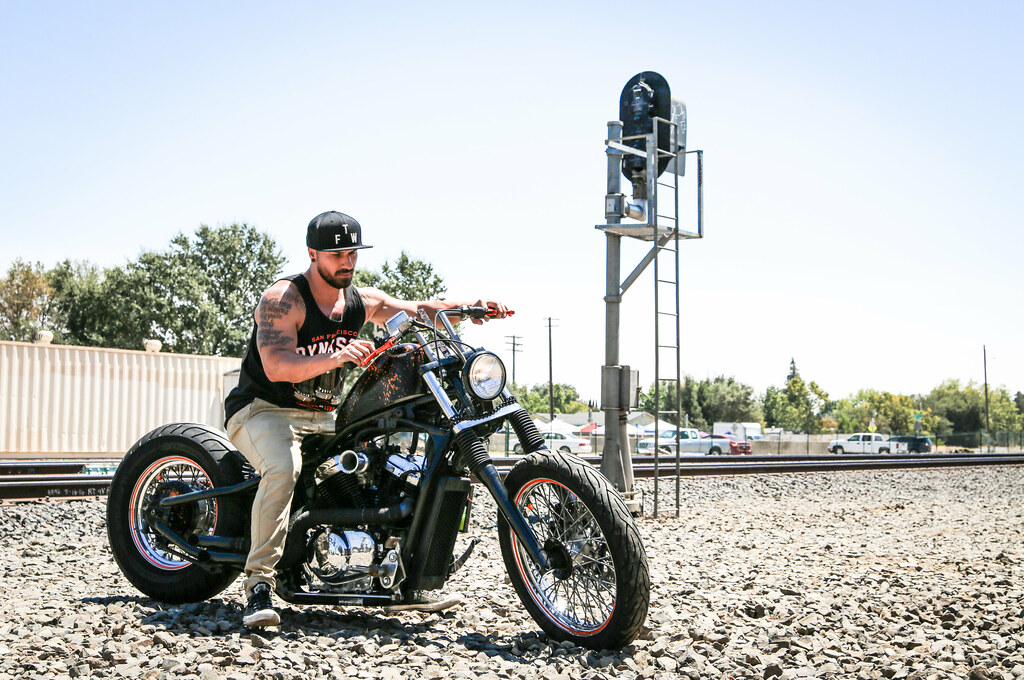 Can you describe your recent accident? What was going through your mind?

I was riding with my dad out to Santa Cruz for Father’s day, while my sister, brother-in-law, and nephew took my dad’s truck. Just as we were getting out of Hollister we hit a stop light. My brother-in-law was at the front of the light with the truck so I started to split lanes to join him. When I hit my rear brake it locked up, the pedal stuck, and my bike started to fishtail. My first thought, as I was fishtailing uncontrollably through a line of cars, was not to hit any of them.

When I realized I wasn’t going to be able to get the bike under control, and that an accident was imminent, I had to make a split second decision. That decision was to crash into the back of my dad’s truck. So as my bike fishtailed towards the truck I just let go, essentially launching myself head first into the bumper. After lying on the ground for a few seconds, and realizing that I was still alive, I stood up and immediately looked for my bike. It was a busy day out because of the holiday and several bystanders stopped and got out of their cars to check on me. I spotted a good Samaritan and my brother-in-law pushing my bike out of the middle of the road. By this time my sister was frantic and jumped out of the truck barefoot to check on me. Her maternal instincts went into overdrive as she checked over me to make sure I was okay. Of course, my main concern was my bike. I walked over to my bike, put it back into neutral, and like the ever elusive loyal main chick, she started right up.

Unfortunately air got into the brake line so my front brake wasn’t working. That was the only mechanical issue. Cosmetically, the handle bars were a little loose and my tank was dented in two places. Knowing that the handle bars were an easy fix and that I was currently waiting on Young “The Prez” Khong to make me a custom Sportster style tank I wasn’t too worried. My dad urged me to load up the bike into the bed of the truck (although we had no ramp and no straps) but I convinced him that I would be able to ride back to his house. 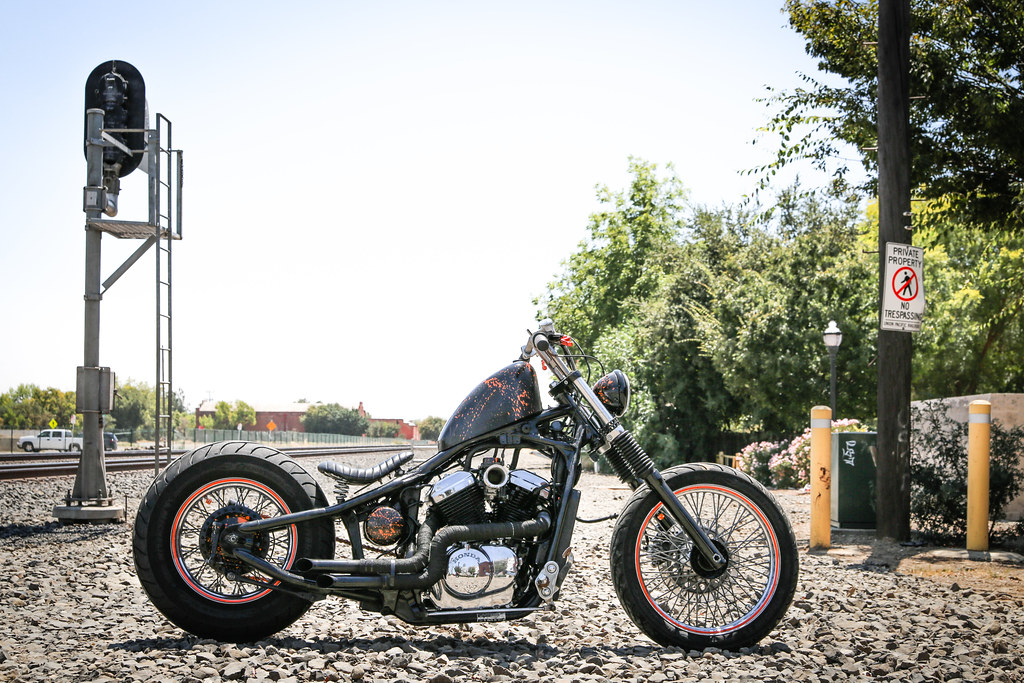 When I had my first accident 10 months earlier I had to ride through the mountains for two hours with a fractured hand and foot just to get back to civilization; so I figured a 20 minute ride, with what I originally thought to be very minimal injuries, wouldn’t be a problem. My dad sent my sister and the truck home and then he and I flipped a u-turn and sat at a red light. After about 20 seconds I felt the blood drain from my head and knew I was going to pass out soon so I rode the bike to the side of the road. My sister and brother-in-law came back with the truck, and two good Samaritans helped them load my bike into the bed of the truck. As we were heading back, my sister was constantly checking on me. I soon began to sweat profusely and my vision went blurred to the point of only seeing white. Apparently my eyes rolled into the back of my head. I just drank as much Gatorade as I could to re-hydrate myself until I came back to normal. Although I was able to walk away I suffered a minor concussion, a sprained thumb, road rash on my upper back, a deep muscle bruise on my thigh that, over the course of the next two weeks, would grow exponentially, and I pinched a nerve in my upper back. After resting for a few hours at my dad’s place, I tightened the handlebars, bled out the front brake, adjusted the rear brake, and made the hour ride back to San Jose. 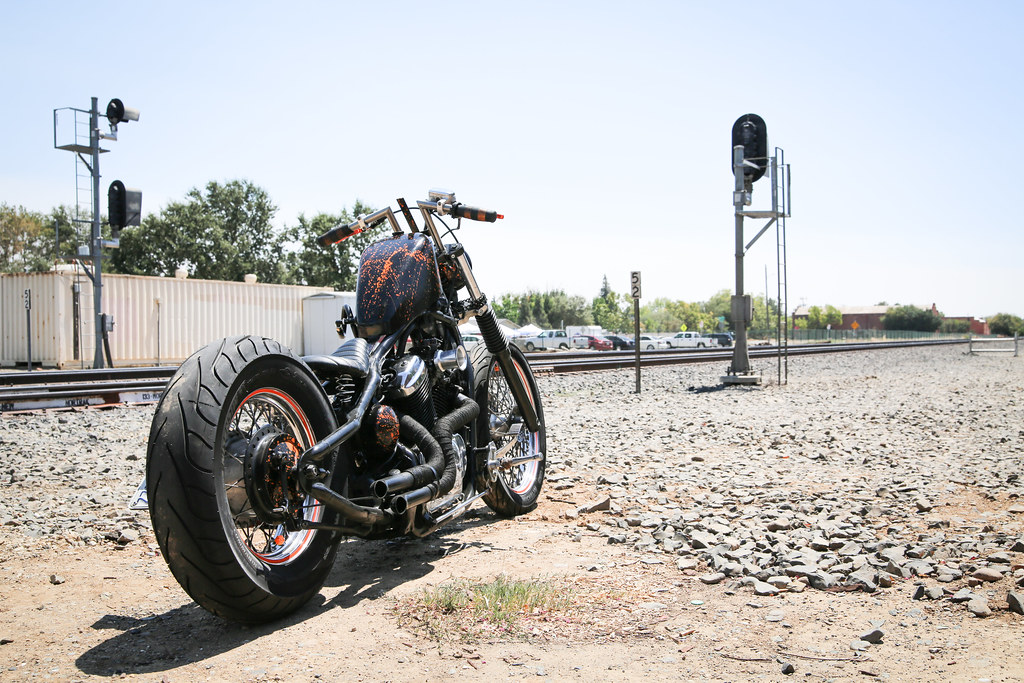 The accident happened before your Born Free trip, was it still worth it to go and why?

The accident literally happened four days before we were supposed to ride down SoCal for the Born Free show.  My main concern was whether or not my bike, and my body, would hold up. Logistically speaking, I wasn’t even sure if I’d have the option to ride down because we were short drivers.  Luckily one of the guys that doesn’t have a bike anymore decided to go with us.  He was able to drive the support truck, giving me the chance to ride the whole way. Similar to last year, a group of us split the trip into two days, stopping off at San Luis Obispo to camp for the night.  This definitely allowed my bike and body to get some much needed rest.  Unfortunately, as we were heading out of Hollywood and making our final run towards Anaheim, Vu “El BBQ” Phan had a spill right in front of me. It was an unsettling thing to witness, especially since I had to swerve to keep from running over him, and then swerve again to stop from getting into an accident with his bike as it slid across the 101. Luckily, he only suffered some road rash and a sprained ankle, and his bike was still mechanically sound. The trip was definitely eventful. I’m glad I went, but my body wasn’t. By the last day I could barely get out of bed. 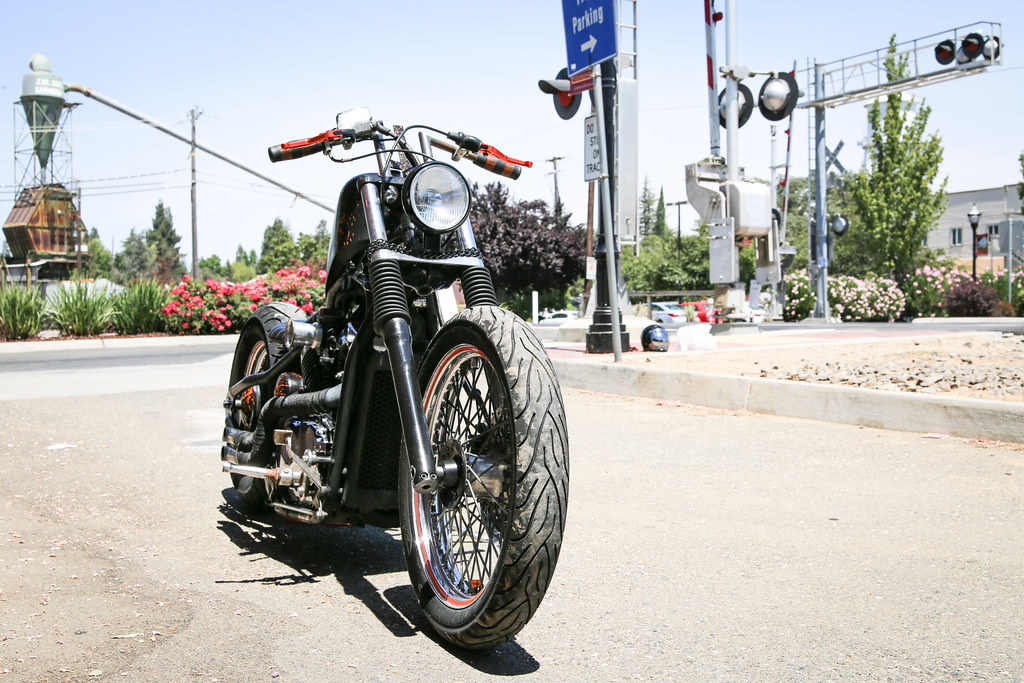 There’s a reason for every time you change your bike’s appearance, can you tell us about your recent makeover?

The first major makeover took place after my first accident.  I have OCD and riding around with a scraped up bike really bugged me. So I went to an all-black theme, lowered the front, and went to clip-ons. But because I ride so much it was really hard on my body. It was extremely uncomfortable. Vu asked if anyone wanted some new bars because he was going to start making them and I showed him an idea that I had in my head. He was able to build them just as I pictured and that was sort of the first step in the makeover. I knew I wanted to do something different with the color theme and I wanted to be original, but I still wanted stick with black and orange colors. I had this idea to do paint splatter and asked my boy that painted my original tank orange if he could do it.  He said he had never done something like that so I researched ways to go about it.  I ended up doing it myself by spraying a little bit of orange paint into the cap of the spray can and just flicking it.  I’ve received a lot of compliments about the paint splatter and I’m happy with it.  I think it makes the bike look really cool.  Then Vu said he was going to start making exhaust pipes, so, again, I gave him an idea that I had and he was able to build them. I added the Jack Daniels coolant overflow reservoir because coolant was spraying everywhere on the ride to SoCal.  It looked like the thermostat housing assembly might have been damaged from the accident so I just replaced the whole thing.  The last piece of the puzzle was the Sportster tank, which was made by Young. I think it fits the theme and style very well.  Everything just flows perfectly. I don’t think I’ll be changing anything on Dynasty anytime soon. 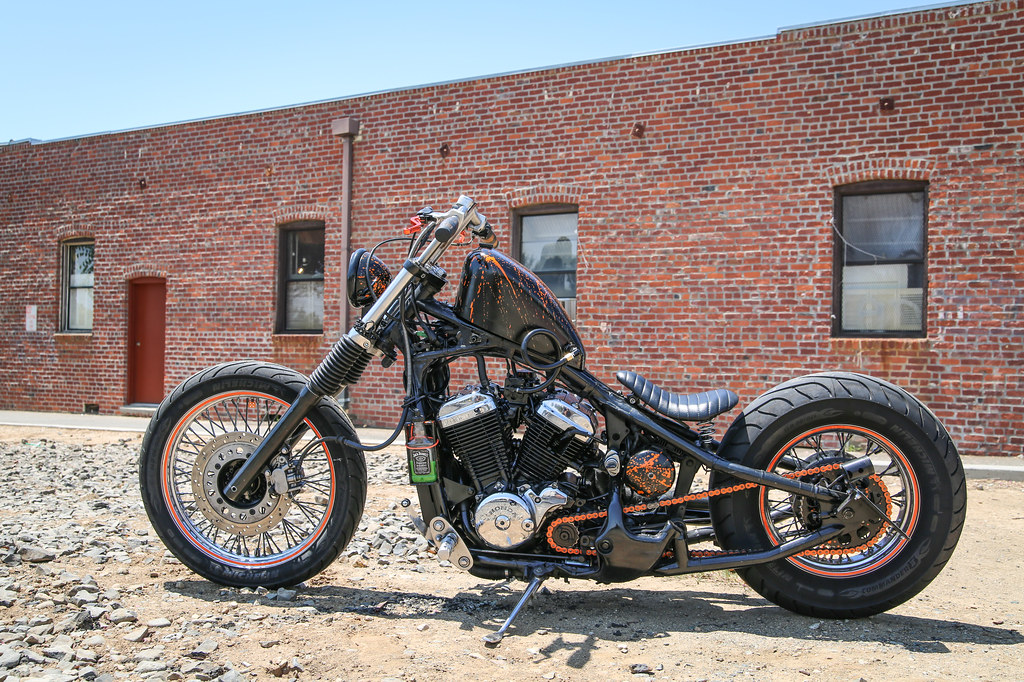